Where Do Weaves Come From? Where Do Weaves Come From?

Hair weaves are hair extensions that are sewn onto a weft either by hand or by a machine. Weaves can be made of either synthetic or human hair. Weaves that are made from human hair come from many different sources – such as hair sacrifice and hair selling.

The hair is harvested in other countries, such as China, Brazil, and India, and also constructed in these countries as well. There are some places in the U.S. that construct weaves as well.  These constructed weaves are then sold to many people in the U.S., mainly by vendors in China and India.

Usually, hair businesses will buy weaves from vendors in other countries and sell them at a higher price in the U.S.

Hair businesses also create weaves from synthetic fibers. Synthetic hair is composed of artificial hair strands of plastic – usually acrylic or nylon – that are made into ultra-thin fibers and chemically processed to mimic real hair. It is the cheapest alternative to human hair.

One of the best quality synthetic hair on the market right now is made of Kanekalon fiber. Kanekalon is heat resistant, and able to be straightened, unlike nylon fiber which would melt if straightened.

You can tell synthetic hair from human hair by the difference in luster because human hair is not as shiny. The hair unusually lasts up to 4 months with daily use, depending on the quality. It can also not be dyed as human hair can.

Many human hair sources come out of China and Asia. Religious ceremonies are one of the major events where people have their heads shaved, which provide the hair for people to sell and ship to other countries.  Millions of people travel to these temples to shave their hair as an offering to their gods.

Temple authorities collect this hair and sell it to buyers, using the money for temple resources. This hair is considered high quality because it comes straight from the scalp and is usually very healthy. They also come in all different lengths. The temples in India have a constant supply of hair, and is where most good quality Indian hair comes from.

Other sources of hair collection come from hair donors that purposefully grow their hair out and sell it online or in person.

Many times, women sell their hair for much less than it is actually worth – about $1-$2 US dollars – and they go from buyer to buyer trying to find a fair offer. After a woman sells her hair, the buyer will either sell it to another buyer, or attach the hair to wefts and sell it that way.

Sometimes a person who buys the hair will create it into a weave or wig themselves, but most of the time they sell the hair to hair distributors.

If the hair does not come straight from a donor’s head, it comes from people who simply collect their hair overtime where they find it around their house – floors, combs, bathtubs, etc. – and then sell it.

This hair is usually collected by women over a period of years and then sold to vendors. The hair usually comes as a matted ball which needs to go through a process in order to look like acceptable hair.

In order to make fallen hair look like remy, the hair is detangled, processed with chemicals to make it softer, and coated with silicone to make it darker and shinier. At first glance, after fallen hair is processed it looks almost identical to healthy remy hair, however, its actual quality starts to become noticeable shortly after usage.

Why is it called a Weave?

A weave is called a weave because it attaches two things together. Christina Jenkins is the inventor of the sew-in technique, which is done by sewing tracks onto cornrowed hair with the use of thread. The sewing method is the most recognizable technique for applying a weave.

Before the sew-in, women were mainly attaching their weaves by pinning them to their hair. Christina Jenkins created a better weft (what the hair is attached to) so women could attach the extensions more securely on their head. Now there are clip-in and bonding techniques that are also utilized.

Are Some Weaves Made from Animal Hair?

It may seem like a made-up story to think that people are wearing horsehair on their heads, but it is true that some weaves are made with animal hair fibers.

It is a practice that dates all the way back to ancient Egypt and is still being done today. Animal fibers can come from different animals, such as horses, sheep, and yaki.

Animal hair is rarely used on its own now, but is usually mixed with human hair. It is not shiny like synthetic hair, making it look closer to the real thing, and can be chemically altered to change the color and texture.

It also tends to be more expensive than synthetic hair, but is still a cheaper option to buying a full human hair weave.

How are Weaves Made?

Weaves are made by sewing the hair onto the weft that holds the hair together. This can be done by a machine or hand. This process is very tedious and involves hours of labor for just one bundle.

These wefts are usually made into one long continuous track and then folded and sewn down once more to make a double wefted track.

While one person is sewing the hair into a track, other people will work to keep it free from tangling and cutting the excess hair away. The tracks are sold in bundles, which are tracks that are rolled around themselves. The whole  process of making tracks is very tedious and involves hours of labor for just one bundle.

The creation of a weave is much more complicated than most people can imagine. There are many factors that go into making a weave, all of which require a lot of work to transform it into what you buy from your local retailer. In this article, we discuss the people behind hair weave - which is used by 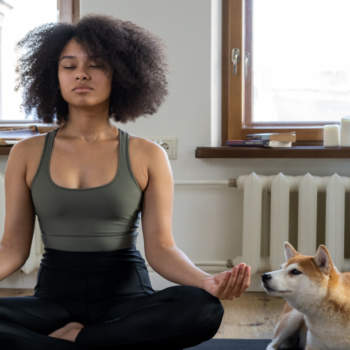